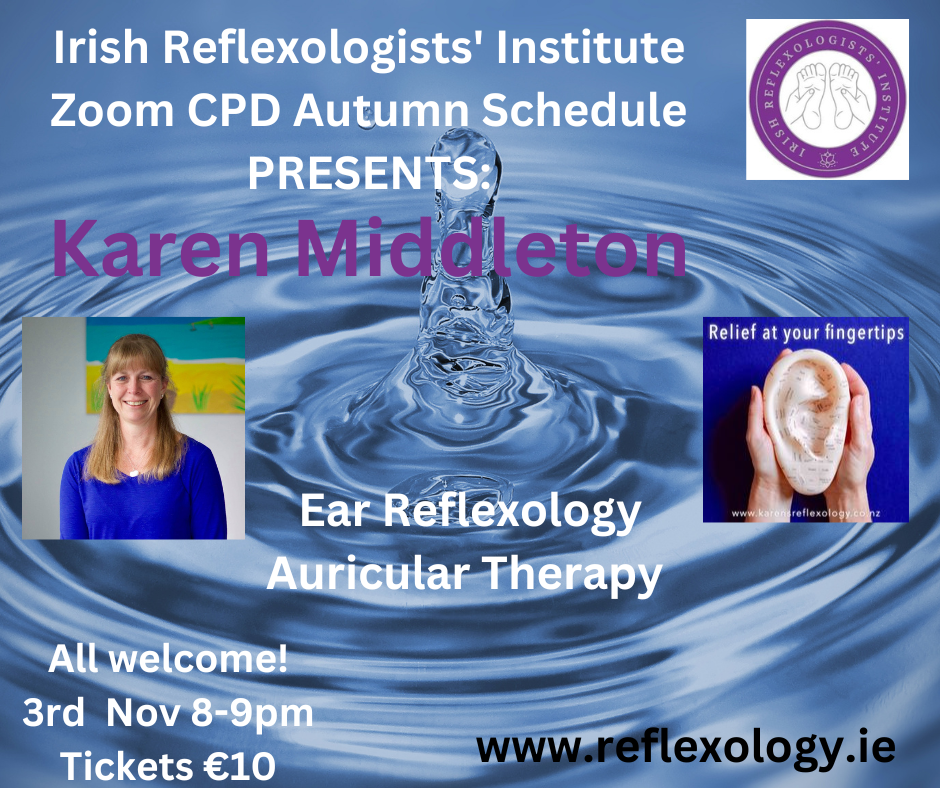 Auricular/Ear Reflexology is a term that applies to a technique that is administered by working on the ears.

Karen’s love for the ear work is second only to working on the feet. She looks forward to enthusing you with the ‘power’ of the two tiny reflexology ‘maps’ on either side of your head ….. your EARS!

During this presentation you will hear about the following:

– What is Auricular Therapy/Ear Reflexology

– The science behind working the ears

– The body mapped on to the ears

– Benefits of working the ears

– Auricular Taping – placing of Ear Seeds on the ears

15 CPD points awarded for this presentation